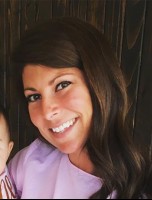 Comments Off on Katelyn Barry 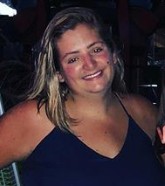 Kaitlyn was recruited to play both field hockey and lacrosse at Plymouth State. In field hockey she started 66 of 69 games, and finished her career with 43 goals and 16 assists. As an attacker on the lacrosse team she started 48 of 62 games, and ended her career with 83 goals, 25 assists and 40 ground balls. Kaitlyn helped lead Plymouth State to LEC Championships and an NCAA DIII berth in both 2014 and 2017. She graduated in 2017 with a degree in Elementary Education.

Kaitlyn currently works in the Holliston School District, and is an assistant coach for KP varsity girls lacrosse

Comments Off on Kaitlyn Wilder 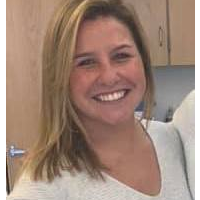 Kara McMahon, a native of Framingham MA, played varsity lacrosse and soccer at Framingham High School. As a member of the lacrosse team, she helped lead the Flyers a state championship title in 2010 (along with fellow Gold Star coaches Tanner and Rachel). She then went on to play lacrosse at Assumption College in Worcester MA. Kara was a leader for the Greyhounds on defense, and started 14/15 games her senior year. A speedy defender, she was often tasked with marking up on some of the top offensive talent. Kara graduated in 2016 with a degree in Human Services and Rehabilitation Studies.

Kara currently works full-time in the special education field, and is the JV head coach at Natick High School

Comments Off on Kara McMahon

Mary Pasquantonio is a 6th grade teacher in Plainville and the girl’s lacrosse head coach at Cumberland (RI). She has coached club lacrosse for over 6 years, and recently started teaching private lessons. Mary currently resides in Plainville with her golden doodle puppy named Murphy!

She attended Merrimack College from 2008-2012, and was a starting midfielder all 4 years. She made the Northeast-10 All-Rookie Team, was a 2-time Northeast-10 All-Conference selection, and was selected to the Division II NCAA All-Region 2nd team. She collected 152 career points and maintains the record for most free-position goals in a season and a career

Comments Off on Mary Pasquantonio 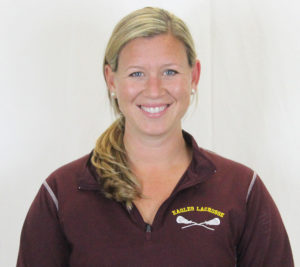 Comments Off on Colleen Manning 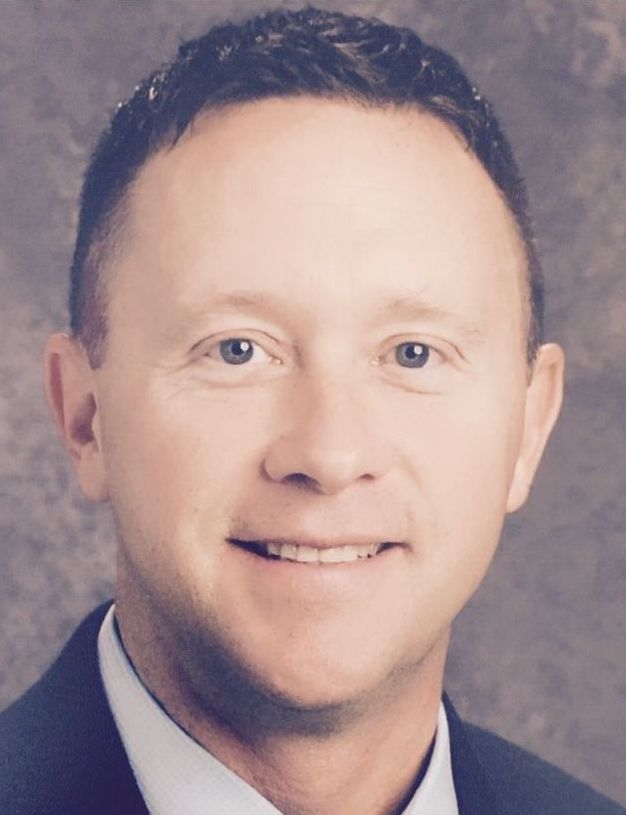 Mike Vitelli brings over 20 years of women’s high school and college coaching experience to Gold Star Lacrosse! After graduating from Stonehill College in 1996, Mike started his coaching career as the head coach of Walpole High School. In 2001, he became the assistant coach at Stonehill College where he helped the team go 28-13. The 2001 team reached the NCAA semi-finals, and the 2002 team played in the NCAA national championship game.

Vitelli spent 2002-2007 coaching the girl’s lacrosse team at King Phillip High School in Wrentham. During his tenure at King Phillip the Warriors dominated opponents.  The team won five straight Hockomock League Championships including an unbeaten record of 73-0-1 during that time period. In addition to an undefeated league record the Warriors also made two South Sectional Championship appearances in 2006 and 2007, winning the Sectional Championship in 2006. Vitelli was also named the Boston Globe Division I Coach of the Year in 2007.

Mike returned to Stonehill as an assistant for the 2008-2011 seasons. In 2008, Stonehill won the NE-10 Championship, and in 2010 the Skyhawks were the NE-10 Runner Up. He was instrumental in coaching numerous league all-stars and Division II All-Americans.

Mike was part of the North Attleboro high school program from 2015-2017. In 2015 he served as an assistant coach, and helped lead the team to a 13-6 overall record, and the school’s first ever post-season berth. In 2016 he became the head coach and led the Rocketeers to a 13-7 record, including another post-season appearance and the school’s first ever post season win. In 2017, North finished 13-7, and again won the first-round tournament game against Hopkinton.

For the 2019 season, Mike was named the head coach at Bishop Feehan High School. He had a stellar first year, and led a young squad to an MIAA tournament appearance

Comments Off on Mike Vitelli 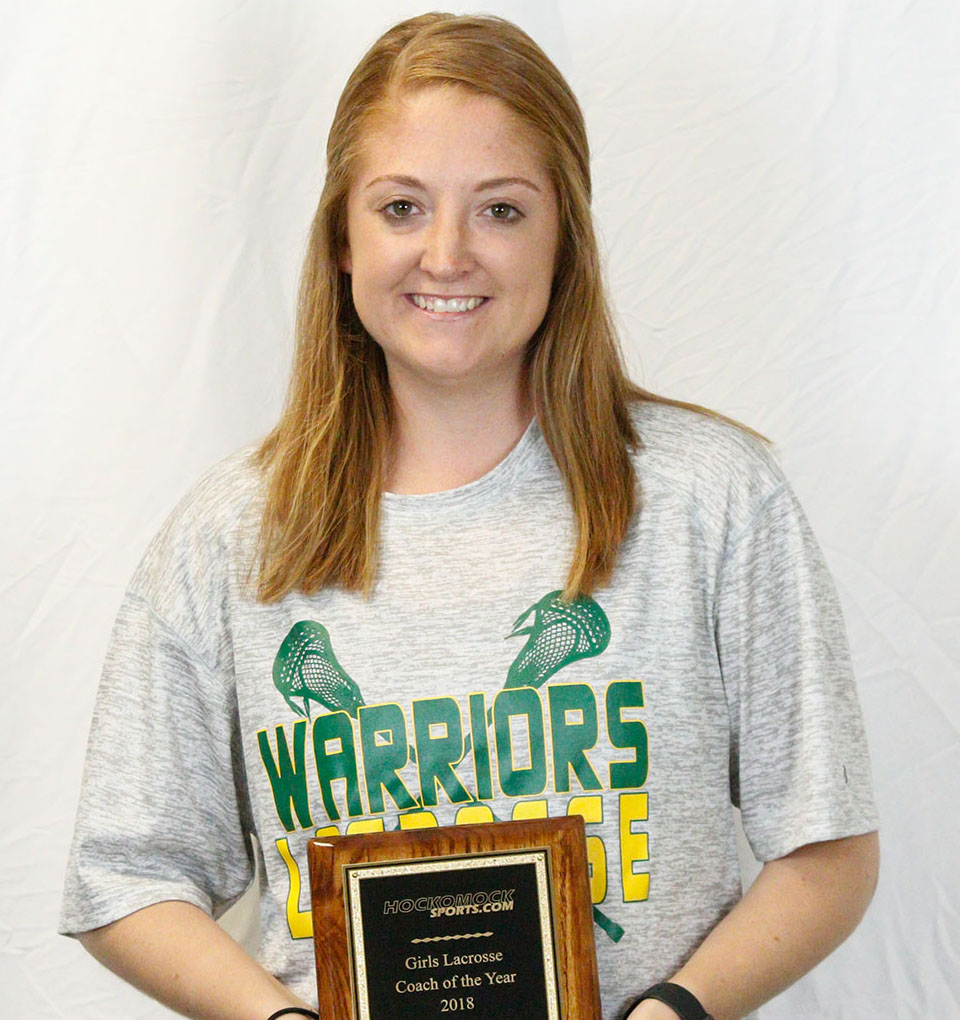 Kourtnie Wilder, a native of Framingham MA, played varsity field hockey, ice hockey and lacrosse for the Flyers. In 2010, she helped lead the lacrosse team to a state championship title (along with fellow Gold Star coaches Tanner, Rachel and Kara). She was also named a Bay State League All-Star in field hockey and ice hockey her senior year. Kourtnie was then recruited to play lacrosse at Assumption College, where she excelled on and off the field. On the field, she posted a total of 45 starts on defense, 37 ground balls, 6 draw controls and 16 caused turnovers. In the classroom, she was a 2 x Student-Athlete Honor Roll member. She also earned the Spring 2015 Assumption College Premier Student-Athlete Award for a perfect 4.0 GPA during her senior year. Kourtnie graduated in 2015 with a degree in Biology (with a concentration in secondary education).

Kourtnie currently teaches science at King Phillip Regional High School where she is also the head coach of the varsity girls lacrosse team. For her inaugural season in 2018, she was named the Hockomocksports.com girls lacrosse coach of the year after leading the Warriors to a second-place finish in the Kelley-Rex division and to the Div. 1 East quarterfinal.

Comments Off on Kourtnie Wilder 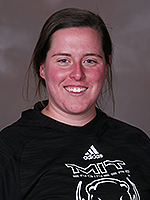 Anne started paying lacrosse as a 7th grader in Franklin MA. At Franklin High School, she was a 3-year member of the varsity team and a two-year starting goalie. She was a two-year captain and All-Hockomock player. As a senior she was named the Hockomock League MVP, and a Boston Globe All-Scholastic, as Franklin reached the south sectional semi-final for the first time in program history.

After high school, Anne moved on to play goalie at Springfield College. A four-year starter and two-year captain, she contributed to Springfield’s 2012 and 2013 NEWMAC championships, and helped the team advance to the NCAA tournament. As a sophomore and junior she was selected to the NEWMAC All-Conference 2nd team and All-Academic teams. As a junior, she was selected as the NEWMAC Tournament Most Outstanding Player. In her senior year, Anne was named the NEWMAC Women’s Lacrosse Player of the Year. Anne graduated in 2014 with a degree in Physical Education and a minor in Health.

Anne was an assistant coach at Endicott College from 2014-2016. In her two seasons, the Gulls advanced to The CCC Tournament, including reaching the league finals in 2016. Anne also coached 12 All-Conference players, six IWLCA All-Region selections, one ECAC New England All-Star, and one conference Defender of the Year.

Anne has continued to help MIT play at a high level both as a team and on an individual basis. She led her squad to the NEWMAC semi-finals in both the 2018 and 2019 seasons. In 2018, senior Emily Young became the first player in the history of the MIT women’s lacrosse program to be named NEWMAC Athlete of the Year, while classmate Katie Notarangelo received the team’s first Co-Defensive Athlete of the Year accolade. In 2019, Eva Then was named the NEWMAC Rookie of the Year.

Comments Off on Anne Versprille