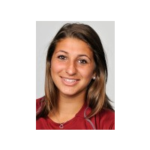 Tanner started playing lacrosse as a freshman at Framingham High School. During her four years on the varsity team, she helped Framingham win two state championships. She capped her senior year by scoring the game- winner with a second remaining on the clock in the State Championship against Longmeadow. She was named All-American as a senior and was a two-time All-Scholastic. Tanner completed her high school career with 199 goals and 105 assists.

After high school, Tanner moved on to play at the University of Massachusetts Amherst, where she was a senior captain for the Minutewomen. Tanner helped lead UMass to four Atlantic 10 Conference championships, and four NCAA tournament appearances, three of which lead to the sweet 16. She was a major contributor for UMass, and has played in every game. She holds the UMass record for most games played. During her freshman year in 2011, she was named to the A10 All-Rookie team and in 2012 she made the A10 2nd team. In 2013 & 2014 Tanner landed on the A10 1st team, as well as the North East All-Region team. In 2014, she was selected to the A10 all-tournament team.  Tanner graduated in 2014 with a degree in Communications and a minor in Education.

Tanner was the Varsity Head Coach at Holliston High School from 2014-2016. In each of her two seasons coaching the Panthers the team improved their winning percentage under her leadership.

In 2017, Tanner was named the head coach of the varsity girl’s lacrosse team at Natick High School. In her first season the Red Hawks finished with a 12-8 record. They finished off the 2018 season with a 13-7 record, and making it to the Sectional quarterfinals for the second year in a row. Over the last two seasons Tanner has helped coach 7 league all-stars, 2 EMass all-stars, and 1 All-American.

In August of 2017 Tanner was drafted 9th by the New England Command. She currently plays midfield for the team in the inaugural season of the Women’s Professional Lacrosse League (WPLL). She gets to play along side Coach Kristin. Tanner has 3 goals and 2 assists in the 2 games she has attended and played in.