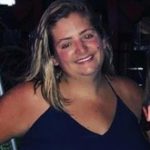 Kaitlyn was recruited to play both field hockey and lacrosse at Plymouth State. In field hockey she started 66 of 69 games, and finished her career with 43 goals and 16 assists. As an attacker on the lacrosse team she started 48 of 62 games, and ended her career with 83 goals, 25 assists and 40 ground balls. Kaitlyn helped lead Plymouth State to LEC Championships and an NCAA DIII berth in both 2014 and 2017. She graduated in 2017 with a degree in Elementary Education.

Kaitlyn currently works in the Holliston School District, and is an assistant coach for KP varsity girls lacrosse