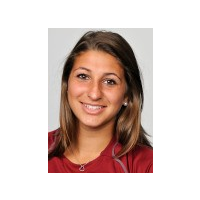 Tanner started playing lacrosse as a freshman at Framingham High School. During her four years on the varsity team, she helped Framingham win two state championships. She capped her senior year by scoring the game- winner with a second remaining on the clock in the State Championship against Longmeadow. She was named All-American as a senior and was a two-time All-Scholastic. Tanner completed her high school career with 199 goals and 105 assists.

After high school, Tanner moved on to play at the University of Massachusetts Amherst, where she was a senior captain for the Minutewomen. Tanner helped lead UMass to four Atlantic 10 Conference championships, and four NCAA tournament appearances, three of which lead to the sweet 16. She was a major contributor for UMass, and has played in every game. She holds the UMass record for most games played. During her freshman year in 2011, she was named to the A10 All-Rookie team and in 2012 she made the A10 2nd team. In 2013 & 2014 Tanner landed on the A10 1st team, as well as the North East All-Region team. In 2014, she was selected to the A10 all-tournament team.  Tanner graduated in 2014 with a degree in Communications and a minor in Education.

Tanner was the Varsity Head Coach at Holliston High School from 2014-2016. In each of her two seasons coaching the Panthers the team improved their winning percentage under her leadership.

In 2017, Tanner was named the head coach of the varsity girl’s lacrosse team at Natick High School. In her first season the Red Hawks finished with a 12-8 record. They finished off the 2018 season with a 13-7 record, and making it to the Sectional quarterfinals for the second year in a row. Over the last two seasons Tanner has helped coach 7 league all-stars, 2 EMass all-stars, and 1 All-American.

In August of 2017 Tanner was drafted 9th by the New England Command. She currently plays midfield for the team in the inaugural season of the Women’s Professional Lacrosse League (WPLL). She gets to play along side Coach Kristin. Tanner has 3 goals and 2 assists in the 2 games she has attended and played in.

Comments Off on Tanner Guarino 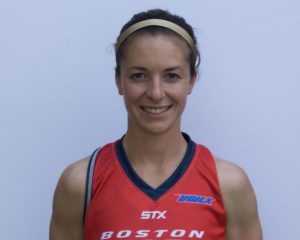 Kristin started playing lacrosse in 9th grade at Framingham High School. Between her junior and senior year, the Flyers went 50-0 and won two state championships. She was a two-time All-American, an Under Armour All-American, and the 2007 Boston Globe Player of the Year.

After high school, Kristin went on to play midfield at Boston College. During her freshman year, she tore her ACL and received a medical redshirt. Determined to return to form, from 2009-2012 she helped lead the Eagles to new heights. Kristin became the first player in ACC and BC history to be named to the All-ACC team four years in a row. In 2011, BC made the 16-team NCAA tournament for the first time in program history. That same year, Kristin was named an IWLCA 1st team All-American, another first for BC. For her final year in 2012, she
was a captain, a Tewaraaton Award finalist, and an IWLCA 2nd team All-American. She ended her career as BC’s all-time leading goal scorer (168) and top 5 in all other categories (assists, points, ground balls, draw controls). Kristin graduated from Boston College’s undergraduate program in 2011 with a bachelors degree in biochemistry, and graduate program in 2012 with a Masters in Education.

Kristin was a member of the United States Women’s National Team from 2010-2014. In 2012 she was named to the 24-player Touring Team, and in 2013 she was named to the 18-player World Cup Team. In July 2013, Team USA competed in the FIL World Cup in Oshawa, Ontario, Canada. USA won the gold medal, beating Canada in the final game 19-5. Throughout the ten-day tournament, Team USA went a perfect 7-0, outscoring all opponents 131-39. In addition to playing, Kristin has coached many youth and high school clinics all over the country with Team USA.

Kristin played for the Boston Storm for the 2016 season – one of four teams in the inaugural UWLX women’s professional lacrosse league. Boston went to the championship game, dropping a tough match to Long Island. Kristin finished the season with 10 goals, and 4 assists in 6 games, and was named a UWLX All-Star.

Kristin currently plays for the WPLL Command team, which won the league’s first championship in 2018.

Check out some media on Kristin:

Give and Go US Lacrosse

2016 Boston Globe Coach of the Year

Comments Off on Kristin Igoe