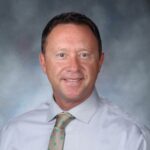 Mike Vitelli brings over 20 years of women’s high school and college coaching experience to Gold Star Lacrosse! After graduating from Stonehill College in 1996, Mike started his coaching career as the head coach of Walpole High School. In 2001, he became the assistant coach at Stonehill College where he helped the team go 28-13. The 2001 team reached the NCAA semi-finals, and the 2002 team played in the NCAA national championship game.

Vitelli spent 2002-2007 coaching the girl’s lacrosse team at King Phillip High School in Wrentham. During his tenure at King Phillip the Warriors dominated opponents.  The team won five straight Hockomock League Championships including an unbeaten record of 73-0-1 during that time period. In addition to an undefeated league record the Warriors also made two South Sectional Championship appearances in 2006 and 2007, winning the Sectional Championship in 2006. Vitelli was also named the Boston Globe Division I Coach of the Year in 2007.

Mike returned to Stonehill as an assistant for the 2008-2011 seasons. In 2008, Stonehill won the NE-10 Championship, and in 2010 the Skyhawks were the NE-10 Runner Up. He was instrumental in coaching numerous league all-stars and Division II All-Americans.

Mike was part of the North Attleboro high school program from 2015-2017. In 2015 he served as an assistant coach, and helped lead the team to a 13-6 overall record, and the school’s first ever post-season berth. In 2016 he became the head coach and led the Rocketeers to a 13-7 record, including another post-season appearance and the school’s first ever post season win. In 2017, North finished 13-7, and again won the first-round tournament game against Hopkinton.

For the 2019 season, Mike was named the head coach at Bishop Feehan High School. He had a stellar first year, and led a young squad to an MIAA tournament appearance